FULL PHOTO GALLERY FROM THE SHIP AND CRUISE HERE:

One of the largest islands in the Eastern Caribbean, Puerto Rico’s landscape encompasses mountains, underground caves, coral reefs, white-sand beaches and an incredibly massive rain forest that supplies fresh water to most of the island. At the same time San Juan, the capital of the commonwealth, is a big city with a bustling business district, glitzy resorts and casinos, as well as one of the most stunning examples of colonial life in the Western world.

We booked a walking tour of old San Juan, taking us through the shanty village of La Perla up to Castillo San Felipe del Morro, Castillo San Felipe del Morro is a 16th Century castle and was designed to guard the entrance to the San Juan Bay, and defend the Spanish colonial port city of San Juan from seaborne enemies. After exploring the castle, we proceeded on through the town to the Ballajá Barracks (or Cuartel de Ballajá in Spanish), a military barracks built from 1854 to 1864 for the Spanish troops established on the island and their families.

We then proceeded through the cobblestone streets to take in the sights, we visited Catedral Metropolitana Basílica de San Juan Bautista. The cathedral is one of the oldest buildings in San Juan, located in Old San Juan, and is the second oldest cathedral in the Americas. The cathedral contains the tomb of the Spanish explorer and settlement founder Juan Ponce de León. It also has a shrine to the Blessed Carlos Manuel Rodríguez Santiago, the first Puerto Rican, the first Caribbean-born layperson in history to be beatified.

From there, we took in the architecture and explored the streets until we made our way back for the ship and looked forward to our next stop which would be St Thomas in the US Virgin Islands

St. Thomas is the gateway island of the U.S. Virgin Islands in the Caribbean. It’s well known for its beaches and snorkeling spots. Territorial capital Charlotte Amalie was founded by the Danish in the 1600s and is a busy cruise-ship port. Historic buildings include a 1679 watchtower called Blackbeard’s Castle, in reference to the area’s pirate history. The highlight of our visit was having a few hours to relax, soak in the sun and the turquoise waters of Magens Bay.

Magens Bay features a well-protected white sand beach stretching for nearly three quarters of a mile. It is one of the most popular tourist destinations on the island, as well as a gathering place for locals. The beach sits at the head of a deep bay, the arms of which are Peterborg peninsula to the east and Tropaco Point to the west.

We found a nice quiet spot away from the crowd and when we had enough of the sun, we headed over to the Magens Bay Beach Bar, Cafe & Boutique for a few Cold Coronas. Only a few pictures were taken in St Thomas as we spent much of our time sunbathing, swimming and drinking!

Sint Maarten, part of the Kingdom of the Netherlands, is a country on the southern part of a Caribbean island shared with Saint Martin, a French overseas collectivity. Its natural features span lagoons, beaches and salt pans. The capital, Philipsburg, has cobblestone streets and colorful, colonial-style buildings lining its Front Street shopping area. The port is a popular cruise-ship stop.

Our visit to Sint Maarten was truly eye opening as we were able to see first hand the destruction caused by Hurricane Irma, almost all of the hotels and resorts on the island are still closed and many homes still boarded up and left abandoned. Shockingly, as we passed many bodies of water we could not help but notice all of the abandoned boats, yachts, cars and airplanes left strewn all over the roads and in the water. Slowly, barges have been dismantling the badly damaged and abandoned boats and cars.

We finally made our arrival at Maho Beach, the beach made famous for the many airplanes that come and go just above the heads of the many adventurous tourists who come to experience planes taking off and landing so close to the beach. Many were shocked by the appearance of the beach and how much it had changed, so much so that they decided to not even stop. Regardless of having a smaller beach, it was still a must see location and was so much fun watching the airplanes take off and land so close to the road and the beach. 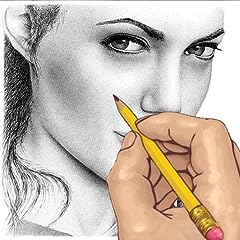 
How to Draw: Celebrities

Free to use! Portable so you can learn to draw wherever you take your mobile device! One of the largest collections of tutorials for drawing celebrities in a single app! Easy to follow step-by-step instructions for each tutorial! Each tutorial associ... (as of May 27, 2020 - More infoProduct prices and availability are accurate as of the date/time indicated and are subject to change. Any price and availability information displayed on [relevant Amazon Site(s), as applicable] at the time of purchase will apply to the purchase of this product.) 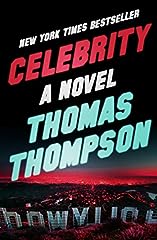 Good day! Do you need to be well recognized on Instagram? I’ve been seeking out a great way to finally become renowned on the gram for quite a while now. I managed to develop my business through using this simple and easy strategy of earning followers. I started a wristwatch business some time back and my colleague honestly left the business as a result of we were doing so inadequately. I had tried everything until I ran across this. It managed to get me to over 100k followers and and now I am retailing 16 designer watches day after day and have a truly lasting living. I also expanded my personal account to over 50k followers and at this point all of my pals envy me. It can be enjoyable to show it off to the delightful ladies that I speak to at nyc pubs. I most certainly will provide help to do it too since you made a decision to look at my story. Simply just drop by the webpage listed on this vid and put in your very own IG username. ➡️ _Just search this here on Youtube_: *biginsta5000* (NO SPACES)