SEWARD, ALASKA — On August 16, a luxury cruise ship will begin a 32-day journey through the Northwest Passage — a melting but still treacherous waterway that connects the Pacific to the Atlantic Ocean.

The Crystal Serenity, measuring 820 feet long and weighing nearly 69,000 tons, is set to cross through the Northwest Passage in less than a month. The ship will carry some 1,000 passengers on board, each of whom paid anywhere between $22,000 to $121,000 for the trip, reported the Washington Post.

The cruise ship plans to set sail from Seward, Alaska and finish its journey in New York, with a UK-operated research ship called the RRS Ernest Shackleton traveling alongside during the long stretch over Canadian waters. Equipped with two helicopters, the smaller ship will also provide ice-breaking assistance if necessary, reported the Guardian.

The Crystal Serenity will be set up with ice-detecting radar, two ice searchlights and thermal imaging equipment to scope out ice in the ship’s path during the day and night.

Global warming has caused ice cover in the Arctic to significantly shrink over the last century. In light of this change, an increasing number of small cargo ships are now navigating the Northwest Passage. According to the Washington Post, in 2013, 13 ships made the journey across the waterway. In the summer of 2015, 20 ships passed through. Although it’s getting more traffic, the Northwest Passage is still a loosely defined passage, and boats can choose several routes. The Crystal Serenity will be the largest and most luxurious ship yet make this journey.

Both the U.S. Coast Guard and the Canadian Coast Guard have expressed concern about the trip because of the inevitably slow emergency response times in the Arctic. According to the Guardian, both conducted emergency exercises in April in preparation for emergencies involving the Serenity or other vessels that plan to pass through the icy waters this summer.

The trip has been described as a “once-in-a-lifetime trip” for guests to visit areas that have largely off limits to anyone other than scientists or members of the military.

Welcome to TomoNews, where we animate the most entertaining news on the internets. Come here for an animated look at viral headlines, US news, celebrity gossip, salacious scandals, dumb criminals and much more! Subscribe now for daily news animations that will knock your socks off.

Get top stories delivered to your inbox everyday: http://bit.ly/tomo-newsletter

MONEY BACK GUARANTEE. We take pride in the quality of our bathtub tray and offer 100% MONEY BACK GUARANTEE in case it fails to live up to your expectations! Buy our bathtub reading tray, try it and if, for any reason, you think that it was not for yo... (as of September 13, 2020 - More infoProduct prices and availability are accurate as of the date/time indicated and are subject to change. Any price and availability information displayed on [relevant Amazon Site(s), as applicable] at the time of purchase will apply to the purchase of this product.) 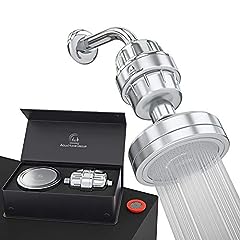 ★ HEALTH CARE SHOWER SYSTEM: Our top-rated showerhead is composed of premium METAL, and internal filter cartridge with Vitamin C + E . With 15-stages shower filter, this rain shower head set will amaze you by the latest design and shower water filtra... (as of September 13, 2020 - More infoProduct prices and availability are accurate as of the date/time indicated and are subject to change. Any price and availability information displayed on [relevant Amazon Site(s), as applicable] at the time of purchase will apply to the purchase of this product.) 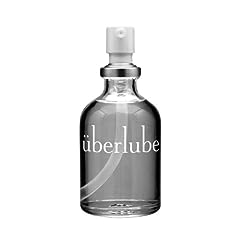 Überlube is a premium lubricant – uniquely designed to transfer sensation while reducing friction. Feels natural, performs while in use, then dissipates across skin leaving a soft, moisturized feel. Doctor recommended. Will not harm healthy bacteria ... (as of September 13, 2020 - More infoProduct prices and availability are accurate as of the date/time indicated and are subject to change. Any price and availability information displayed on [relevant Amazon Site(s), as applicable] at the time of purchase will apply to the purchase of this product.) 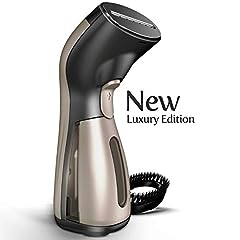 UNIQUE LUXURY DESIGN! FULL STEAM AHEAD – No wrinkle is too tough for the Luxury Edition iSteam! Its 120 ml ready-to-go water tank heats in 25 seconds and powers 10 continuous minutes of soothing steam. Gently iron all your clothes, drapery, beddings,... (as of September 13, 2020 - More infoProduct prices and availability are accurate as of the date/time indicated and are subject to change. Any price and availability information displayed on [relevant Amazon Site(s), as applicable] at the time of purchase will apply to the purchase of this product.)

either way its bad if they make it or not . If they do then more ships will go that way faster melting of the ice you know the rest and if not 1000 people can die . So i dont see anything good about this .

People never learn smh did they not watch the titanic

Areas off limits, other than scientists, members of the military, and winter soldiers. Yeah.

I had to watch this for homework

i see disaster coming this way

Global warming is a great thing.

Oh boy what could go wrong?

Wat the fucc is this…Titanic part two!? fuccn dum ads white ppl. I hope they all die THIS time. smh

I alway wanted to know what it will be like if I was on the titanic.

There are ships out there called ice breakers people… wow… we have the technology to convert ships into cruise ship.

I guess they didn’t learn anything from Titanic